No great achievement in history has come without struggle and strife.  Our ancestors fought like hell to build a great civilization.  They advanced technology, ended slavery, enhanced philosophy and science, increased prosperity and productivity, separated church from state, and brought about relative economic liberty.  It took thousands of years and hundreds of millions of bodies, but through the darkness they shone a light with which to lead the way for future generations.

Today, we find ourselves in the midst of that civilization’s destruction.  We inherited the fruits of our forefathers’ labor and we’ve squandered it.  Over the past several decades, we’ve appeased those who seek to bring down what had been built and replace the system, imperfect as it may be, with a horrific, totalitarian regime and erase our history.  Marxist infiltrators have worked tirelessly to subvert western governments from within.  They’ve overtaken academia and the media industry and have successfully softened the resolve of the people to maintain and honor their culture and heritage.  They’ve turned women into unhappy, baby-killing, overgrown children and shaped men into morality-void, weakened, estrogenized beta males incapable and unwilling to defend their own families from extinction. 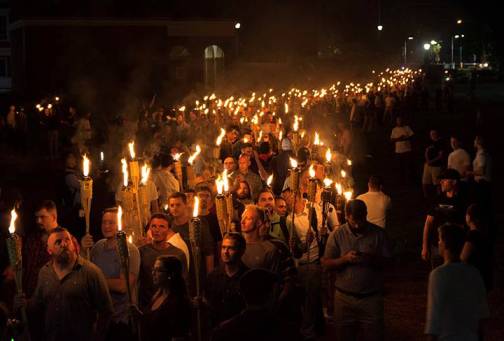 This communist advance into our lives, from creepingly slow to exponentially rapid, hasn’t gone unnoticed.  Those who have woken up from the Matrix of lies have tried to warn others of the looming danger, but few have listened until recently.  Now that it’s virtually impossible not to notice the products of cultural marxism – from the rise of social justice warriors to hysterical feminism borne of leftist universities – folks have been joining groups attributed with the Alt-Right more and more.  They see others who share their desire to preserve white nations, culture, and heritage, and they flock to those groups.  These people openly state again and again that all they really want is the continued existence of their ethnicity and values.  Though they are mocked and attacked from all sides, they show enormous support for one another and take pride in themselves.  Many have begun cleaning up their lives by quitting alcoholism and drug use, as well as working out and improving their health.  They join gyms together and start projects together to spread the ideas of their movement.

Those who watch CNN and MSNBC and read the New York Times are being fed propaganda that warps the messages and views of those on the Alt-Right.  Every group and movement even remotely right of center on the political spectrum is deemed racist, Nazi-esque, KKK-supporting white supremacism.  Such mainstream news publications, full of inherently leftist bias, spin narratives painting white males who merely look out for their best interest as the worst, most evil people around.  They unjustly dehumanize and slander and provoke hostility towards the right while ignoring any wrongdoing by the left.  This has directly lead to domestic terrorists like Anti-fa and Black Lives Matter outright assaulting and ruining the lives of anyone associated with (or not with) the Alt-Right.  They’ve thrown bricks, maced, doxed, and seriously injured people just for holding and attending rallies.

In the wake of this increasing madness, prominent members of various rightwing and Alt-Right groups made the decision to hold a rally in Charlottesville, Virginia at a park where a proud statue of Robert E. Lee was scheduled to be taken down by those with malevolent machinations of rewriting and erasing history.  The rally was to have two main goals: Unite the Right by joining the various rightwing factions together for a common cause, and protest the removal of the statue.  Neither of these are explicitly threatening nor violent desires.  The event organizers secured a permit with the city to hold the rally and kept in contact with the police to plan ahead.  Shortly before the event, the permit was revoked and had to be reinstated by a federal judge.  This marked the beginning of the trouble that was to come, despite the peaceful intentions of Unite the Right.  Yet, as word got around that this rally was to take place, leftwing agitators, following the strategies laid out in Saul Alinsky’s Rules for Radicals, planned ahead to subvert and disorganize Unite the Right and keep speakers from giving their speeches.  With an openly leftist mayor running the city and police, and a racist, anti-white city councilman, it was the perfect setup for a trap.

On August 12th, the trap was sprang. 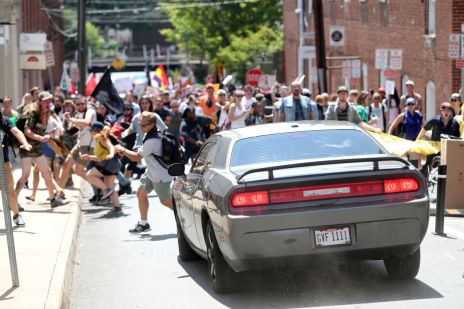 What happened can only be described as absolute chaos.  A state of emergency was declared before the event even began.  Scheduled speakers like Christopher Cantwell were maced (twice) straight in the face.  Police let Anti-fa run wild like the animals they are outside their designated area for counter-protesting.  They attacked a car with bats, apparently resulting in the driver flooring the gas pedal and ramming into leftist protesters, killing one woman before reversing and peeling out.  Fist fights broke out everywhere as police herded clashing groups, both right and left, together into giant melees.  At least one man, seemingly on the right, brandished his pistol and threatened to shoot a group looking to commit more violent crime.  A police helicopter crashed, killing two officers.  The rally was shut down and many were left injured, some seriously.  During a press conference with Jason Kessler, the event’s main organizer, he was assaulted and had to flee for his safety before he was able to say much at all.

This is the state of affairs we find ourselves in.

The division between the left and right in America, and indeed all across the west, has reached it’s peak capacity for peace.  The right has run out of appeasement and the left still has no intentions of negotiation or debate.  Marxist, communist leftists want one thing and one thing only – total domination.  They will bring an end to the republic if it means achieving their goals.  They have no principles, they hold no values, and they reject universal ethics.  They literally advocate for the removal of the very concept of private property.  They gloat openly of their goals to subjugate and oppress the white, right-leaning, regular conservative man.  They subvert institutions, indoctrinate malleable minds, propagandize every piece of consumable media and entertainment, and demonize all who oppose them.  They’ve taken to the streets and disrupted numerous rallies and gatherings, burned down and destroyed property, assaulted people, and stirred up full-fledged riots.  They’ve shot a congressman and executed a man in front of his wife, on his own property.  Now, two people and a communist are needlessly dead.  These cretins have real blood on their hands, and all who do not openly denounce them and work to stop them are complicit in this devastation.

Many have tried reasoning with them.  We’ve tried debating, negotiating, educating, and showering them with facts and statistics.  We’ve given them the benefit of the doubt.  We’ve heard them out.  We’ve made compromises and appeasements and taken losses.  But, nothing works.  They reject it all!  They won’t meet in the middle.  There are no bridges to be built.  No hands to shake nor perspectives to hear – their claws are too bloody, and malicious, deceptive manipulation gleams between their lying teeth.  No, there are no more arguments to be made.

The time for peaceful resolution has passed. 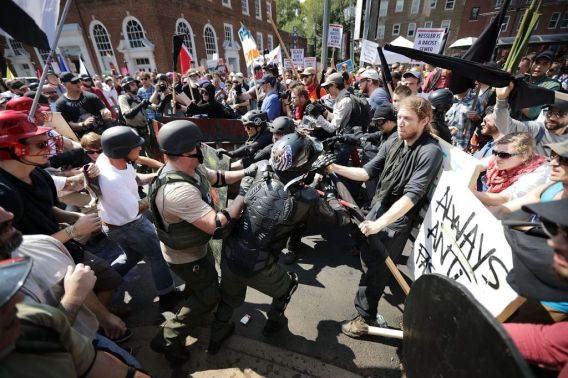 Now, there is still much to be done.  This is no article for one to read and give up hope; quite the contrary.  The violent, radical left will not win.  Now is the time to brainstorm ideas and plan future events with accurate foresight.  Form groups, make friends and allies, decide on a geographic location and move there together.  Take over a town, clean it up, do charity work. Show the world your integrity both in your personal and professional life.   Become the bigger, better person you know you are meant to be.  Create a formal political party and win local elections.  Reject degeneracy and ostracize abusers and sophists.  Adopt a lifestyle with standards you are proud to uphold.  It is advisable that those sitting on the fence – the folks who call themselves centrists – decide which side they would rather stand by.  There is no more middle road for you people.  One side is going to be victorious in this conflict, not both.  Those who sit and do nothing will be viewed as complicit to the enemy and will most likely be treated accordingly.  Define for yourself your values and life principles and join those who are most aligned with you.  Don’t stand by and be left behind or destroyed by those with stronger convictions.

This political situation has truly hit the point of no return.  We are in a fight for our survival.