At what point does one’s fight-or-flight sense start setting off warning bells?  Is it solely reserved for immediate danger, or can it also let you know of impending catastrophe?  For the K-selected, knowledgeable and aware, it gives a view of what looms just over the horizon.  r-selected folks know not the peril that is to come, for they cannot see it until it is at their doorstep.  For liberals, fight-or-flight is almost a foreign concept.  It is reserved (if it exists in them at all) for imminent threats to their life, and nothing else.  They blindly march forward with indefinite optimism and no regard for their well-being.  They remain perpetual victims of their own ideals as they bring down civilization and everyone with it.

The recent shooting of Republican congressman Steve Scalise came as no real surprise to those with a strong fight-or-flight sense.  Deadly political violence has been coming ever since the mainstream media began openly shilling for Democrats and feeding the fires of leftist hysteria surrounding Donald Trump’s presidential race and subsequent victory.  Although many had tried to prevent it, the savagery that occurred that Wednesday and what is to come was and is all but inevitable.

The evil that pervades larger media outlets is rapidly radicalizing those on the fringes of political extremism.  Various leftist personalities and celebrities took to Twitter to push their agenda and condemn the National Rifle Association (NRA) and Republicans, as though they were the cause of this attack.  This gives the metaphorical green light to radicalized people to start attacking those on the right.  As a result, this may very well convince extremists on the right to act in kind.  As the Overton window expands to include this level of violence, it will only escalate.  Peaceful resolution in politics is quickly becoming less and less of an option.

In short; actual civil war, or something akin to it, is coming. 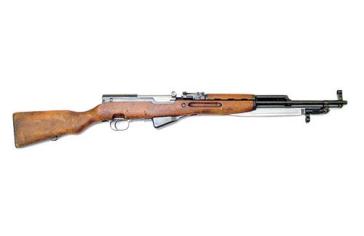 Even with extreme and absolute conviction, upending of the media machine may not be enough to stop this crisis from spiraling out of control, if it is even possible.  The rise of alternative media is pushing back against and reducing the impact of mainstream narratives, but to say it is enough to stop violent escalation would be foolish.  War is already here, and it just went up a rung on the ladder of conflict.  People have been shot at with a rifle.  Where do we go from here?

“Resistance” is in the minds of Democrats and “insurrection” is becoming a more acceptable idea within leftist echo chambers on Twitter and elsewhere.  Those on the right, with a strong sense of fight-or-flight, can feel the clash of ideas may very well become a clash of swords.  They are preparing accordingly.

This cold civil war is becoming hot.  It would be unwise to let yourself be burned.  Help others face this reality so we may push back.  Otherwise, the greatest danger of our lives will descend upon everybody, big or small, old or young, guilty or innocent.  It won’t just be us who suffer, but our children and grandchildren.  We cannot let that happen.